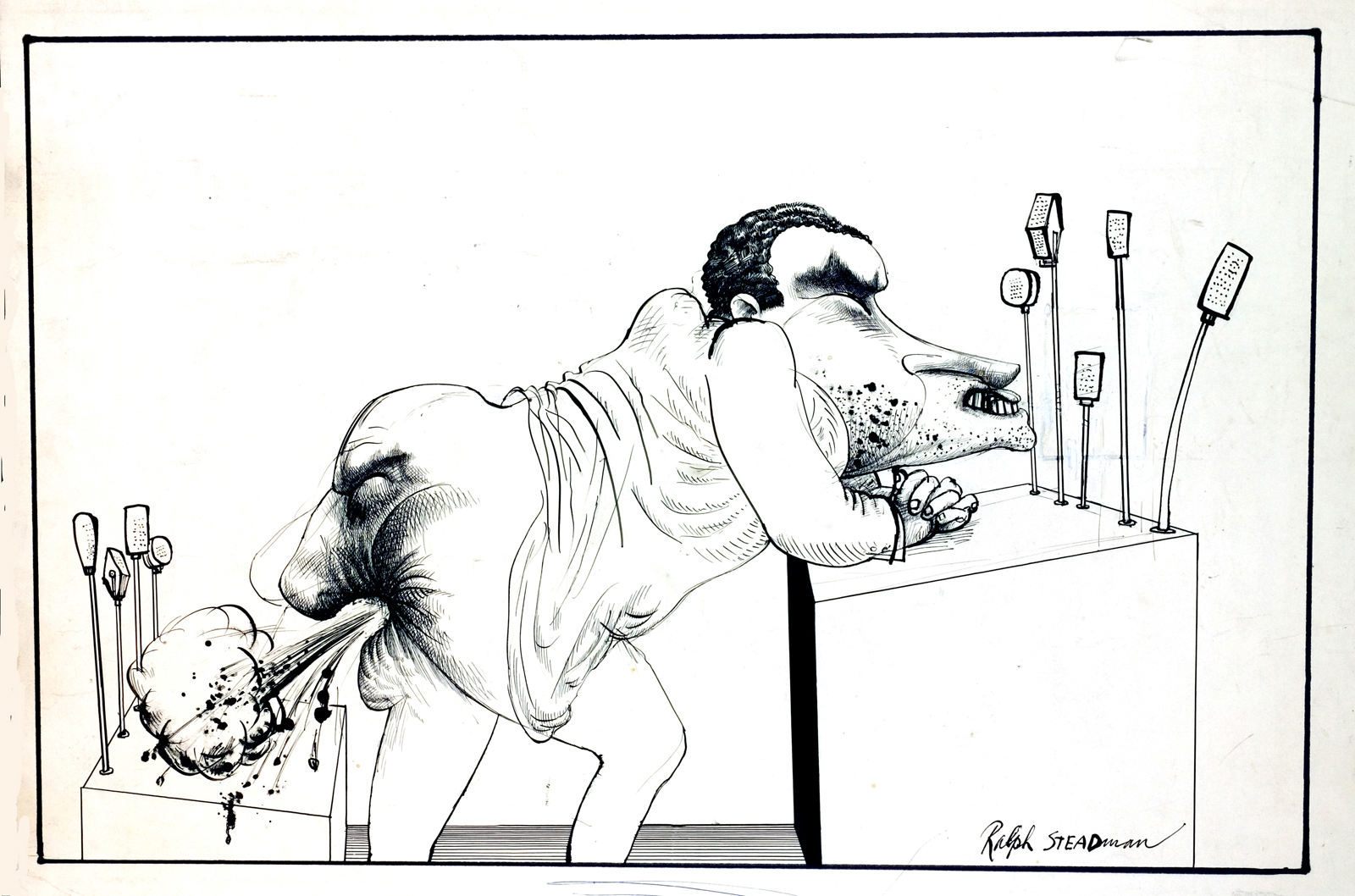 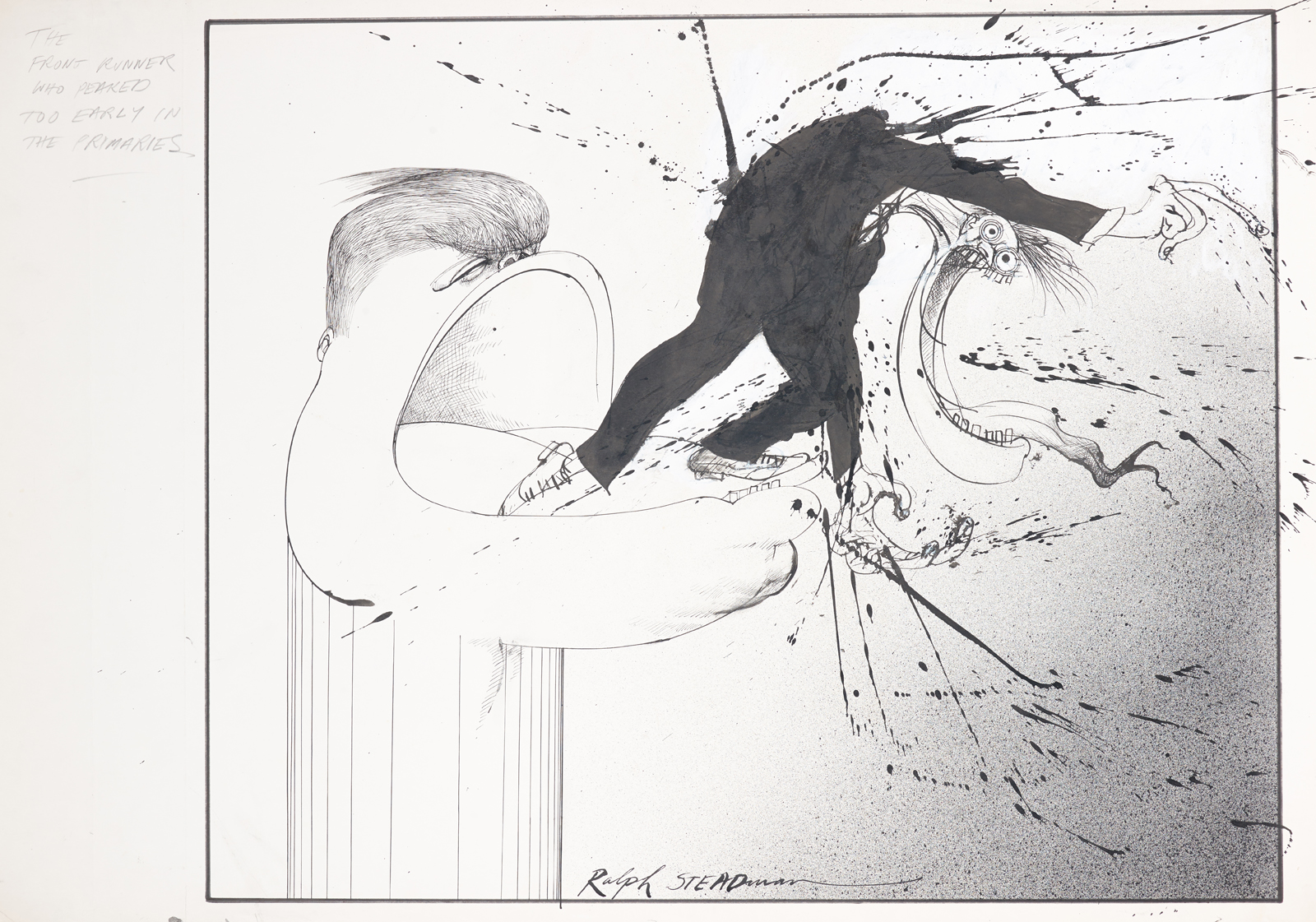 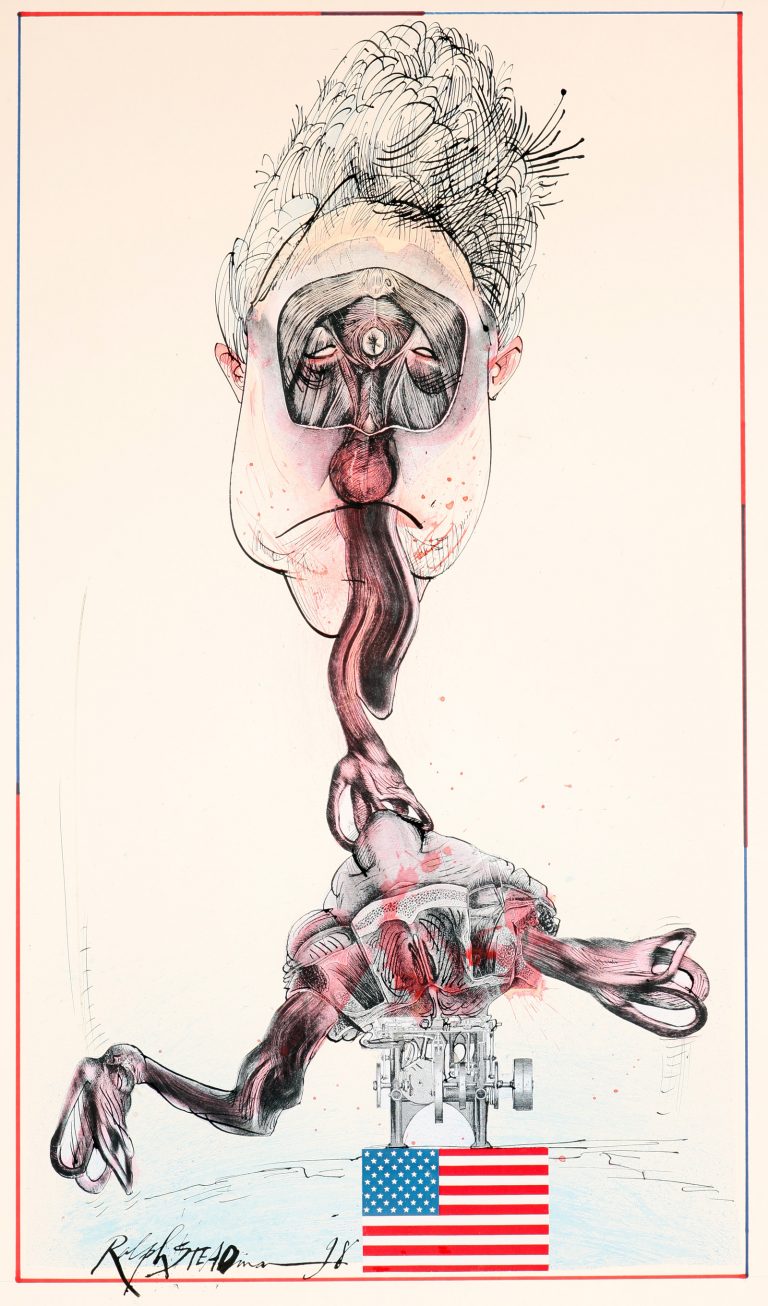 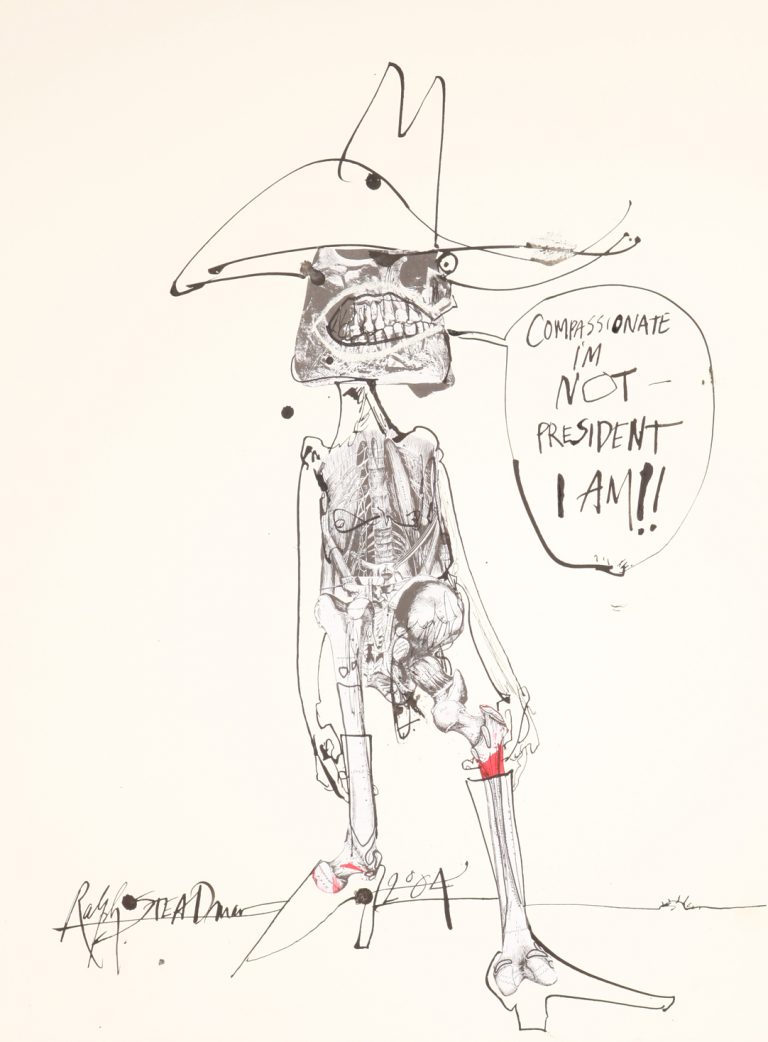 Steadman is well known for his satirical cartoons. By the 1960's he was regularly providing cartoons for Private Eye and Punch Magazine as well as newspapers like the Independent, the Times and the Guardian. He followed in the footsteps of heroes like William Hogarth, Giles and Searle.

In 1970, after his first visit to the USA and his first meeting with Hunter S Thompson, his horizons broadened to turn his satirical eye to the larger than life political figures on the American political scene and in particular the top men - the Presidents.

Steadman has produced some of the most startling and uncompromising portraits of most of these giants in the last 50 years. Woe betide the President whose actions prove him less than worthy for the oval office. JFK, George Bush, Gerald Ford and Ronald Reagan have all fallen prey to Steadman's pen over the decades. Richard Nixon's antics in particular provided a wealth of visceral social commentary. 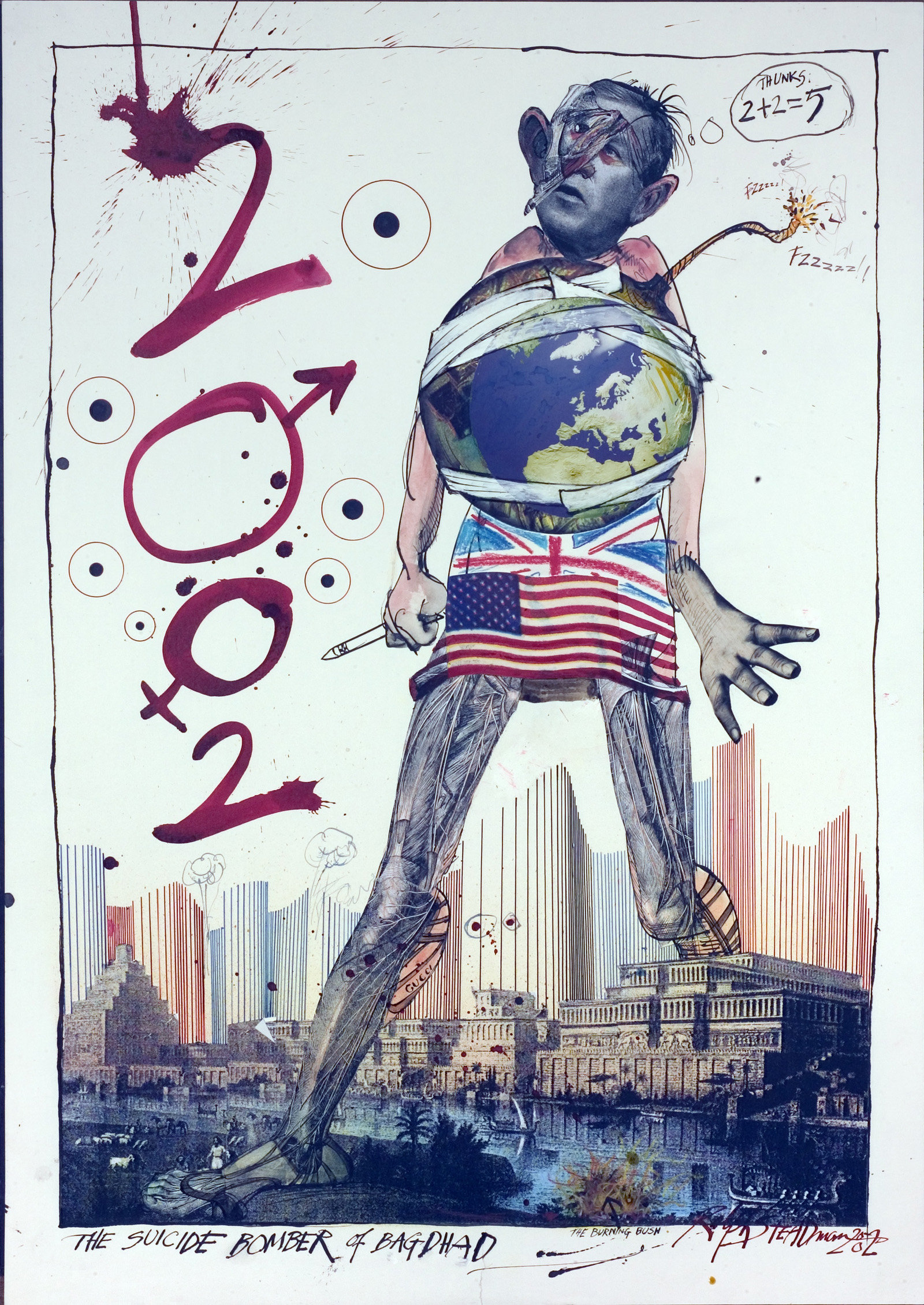 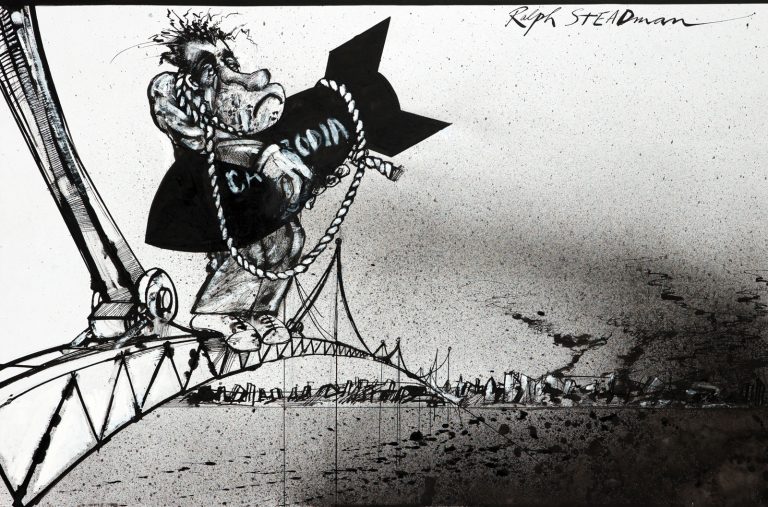