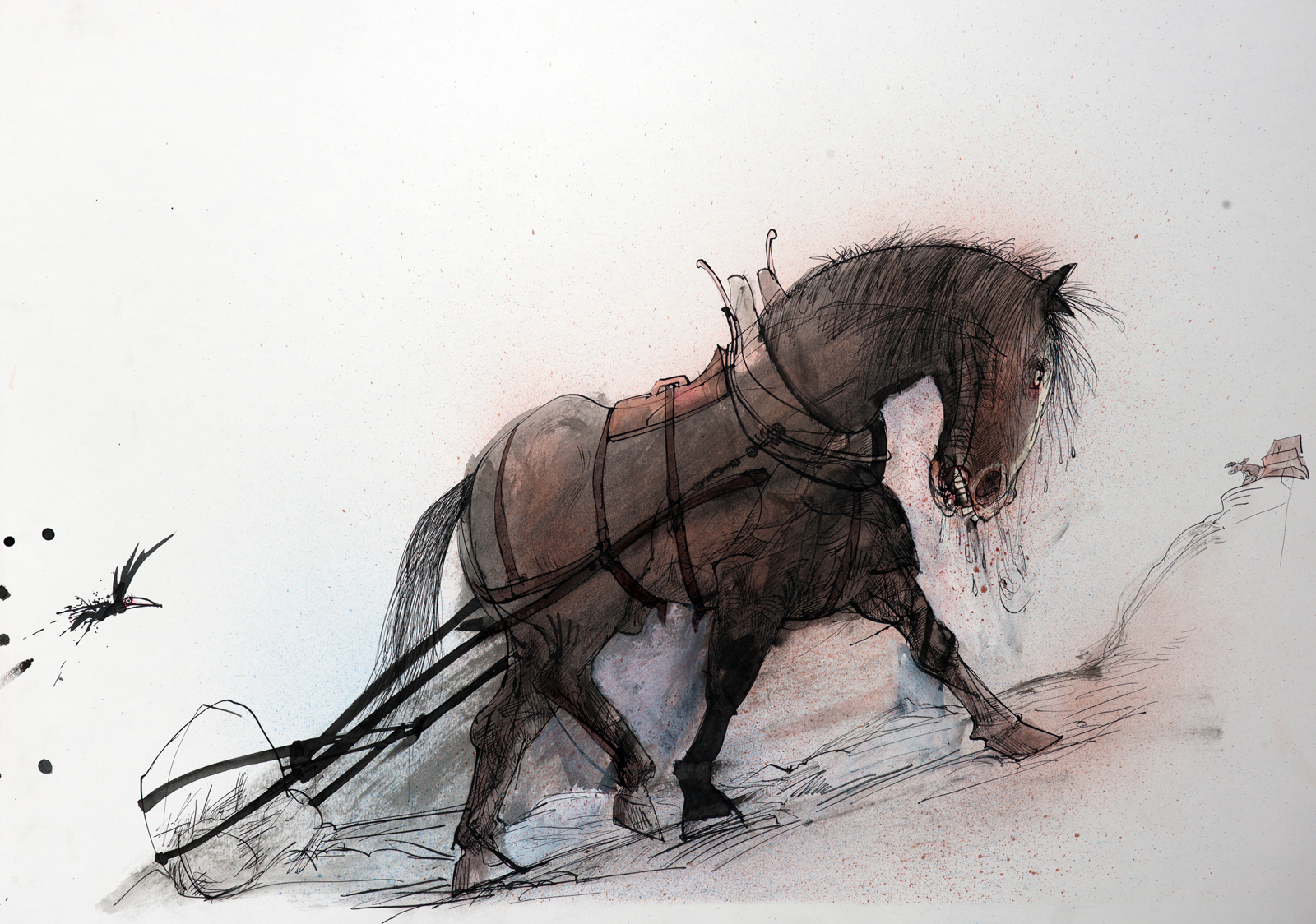 Created to celebrate the 50th Anniversary of George Orwell's acclaimed novel, Animal Farm, it overlays the strengths and weaknesses of socialism on top of the background of a farm yard where the animals, tired of being ruled by humans, make a bid for independence and freedom and forcibly evict the humans from the farm. However the animals characters prove in the end prey to the same weaknesses and vices as their human masters despite their best intentions.

Steadman's illustrations are incredibly powerful and beautiful from the tender portraits of Boxer, the steadfast and loyal horse, and the viciousness of the pigs and their guard dogs who eventually morph back into the humans who they so much despised.

Although out of print, this version is now available in spanish. 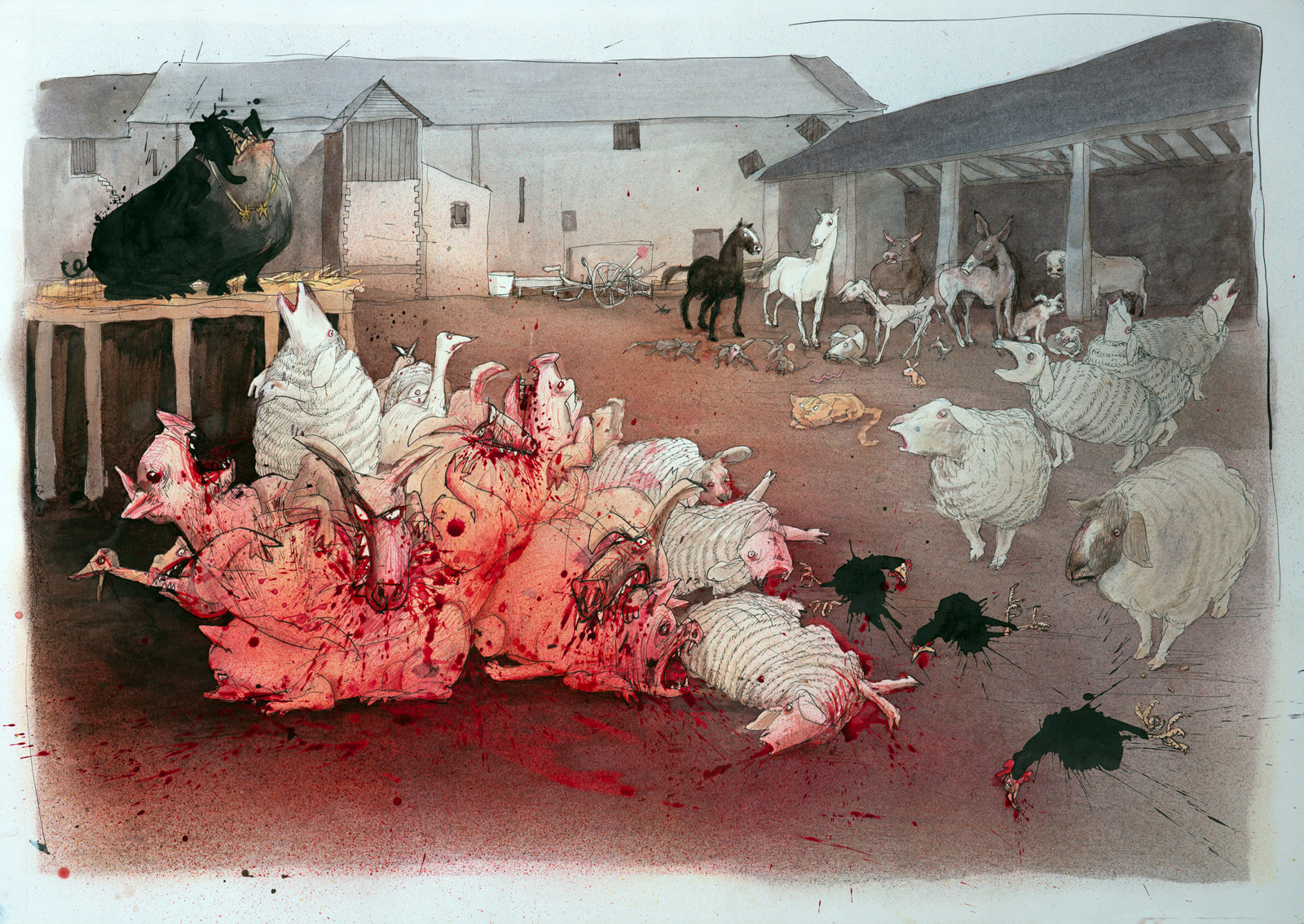