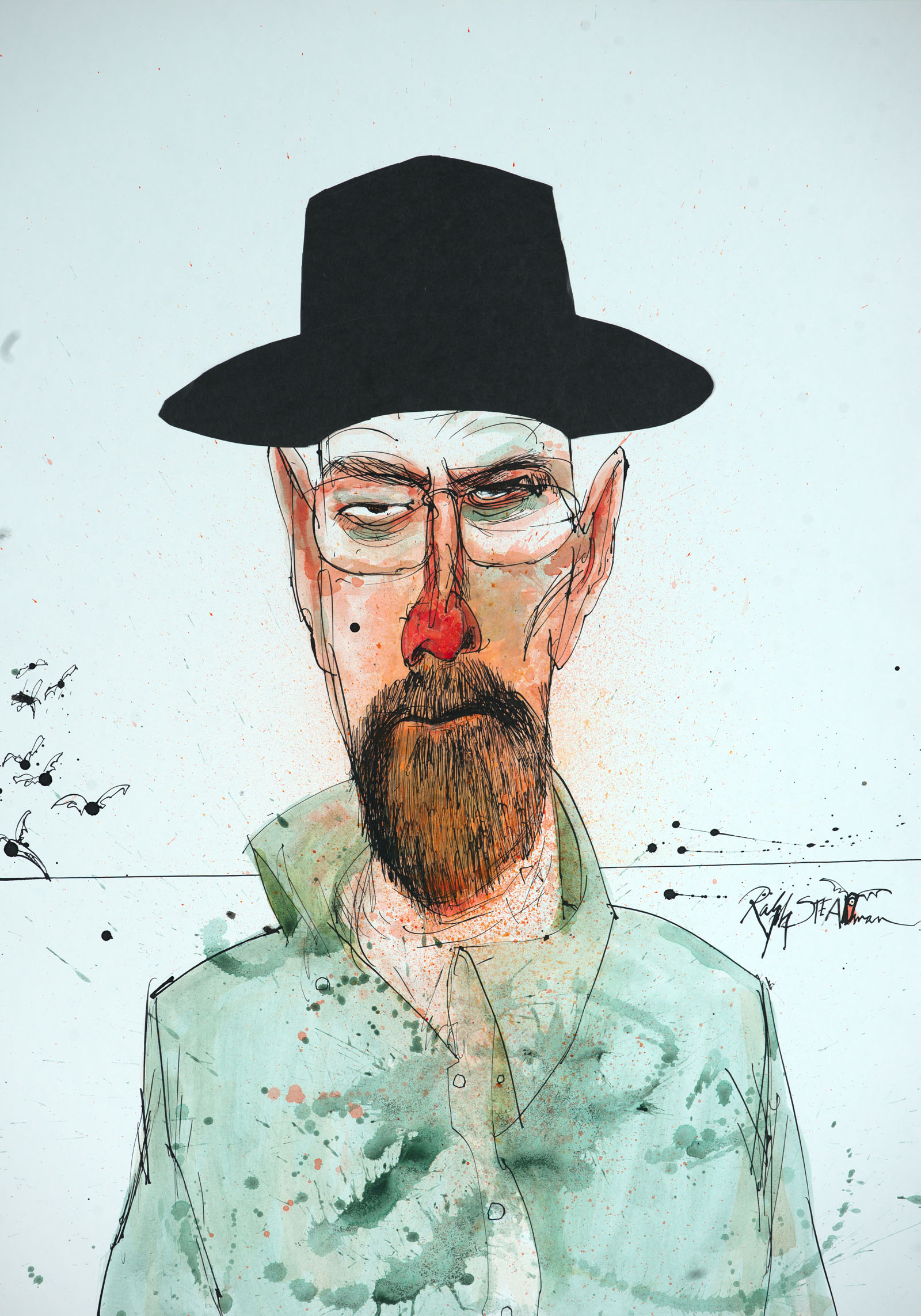 Breaking Bad got the Gonzo treatment with these stunning portraits

In 2014 an email came through the Ralph Steadman Art Collection account explaining that now that Breaking Bad, the cult TV show had been completed, Sony were planning a special box set to celebrate the series. Vince Gilligan, the visionary creator and director of the show had name Ralph Steadman as his artist of choice to create the box set art.

When presented with the commission, Ralph had never heard of the show, but his grand-daughter who was visiting was an avid fan. She was adamant that Steadman should accept the job. After some research it seemed like something Steadman could get his teeth into, and so he diligently began watching the series, from start to finish, 3 episodes a night with his wife, Anna. It took 3 weeks! Ralph admitted that after watching the final episode he felt a genuine sense of loss.

Ralph was instantly enthralled by the show and began work almost immediately on the main character, Walter White, followed by Jesse, Hank, Gus, Saul and finally, Mike. The winnebego also had its likeness captured, almost having a personality of its own.

2 portraits of Skylar were also created but these sadly will never see the light of day as a result of contractual restrictions.

Regardless, they are a fantastic collection of images, inspired by the series which arguably changed the way TV is created.

"Ralph is the Walter White of artists: he's a dark genius whose output is disturbing, yet habit-forming." Vince Gilligan 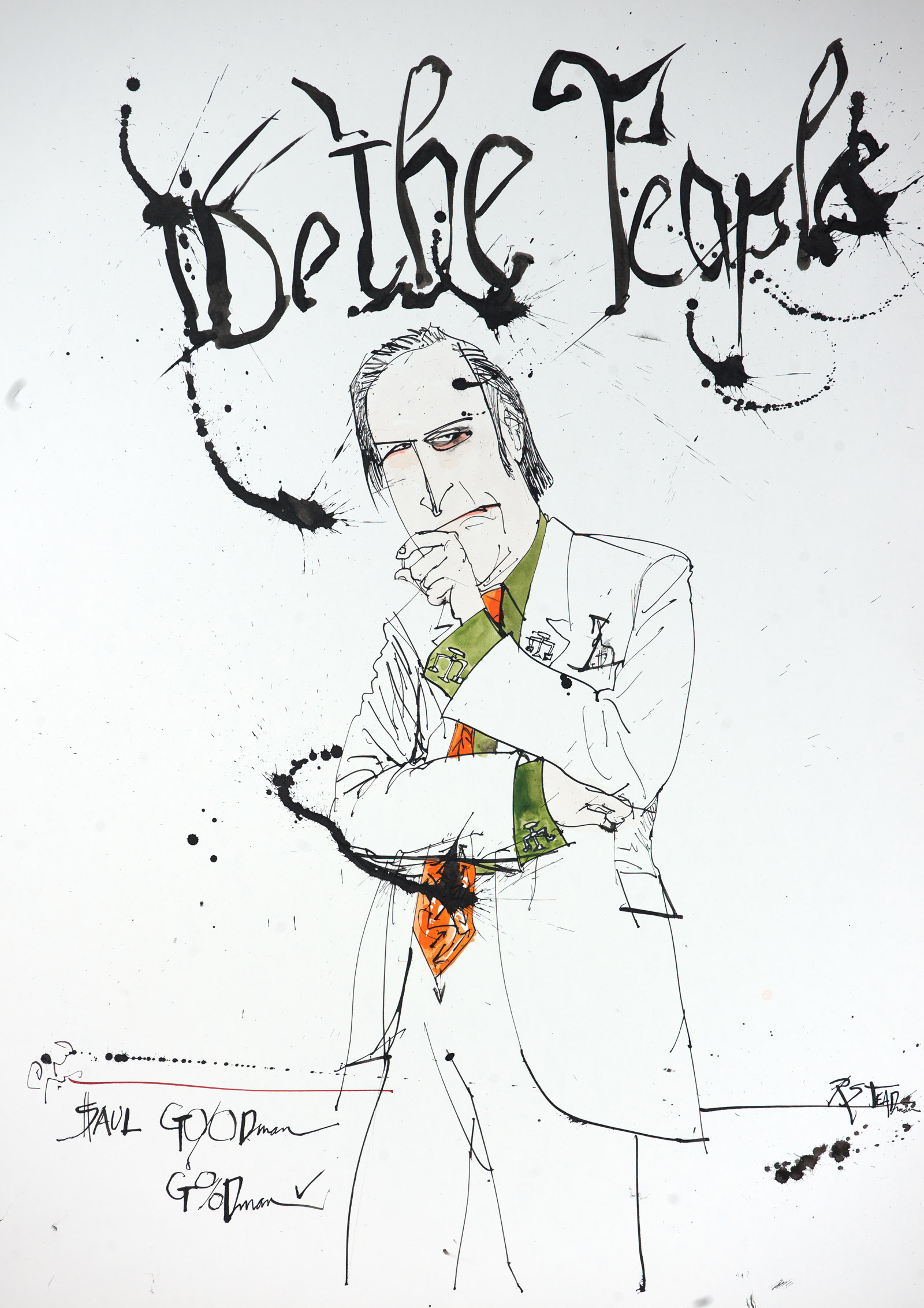 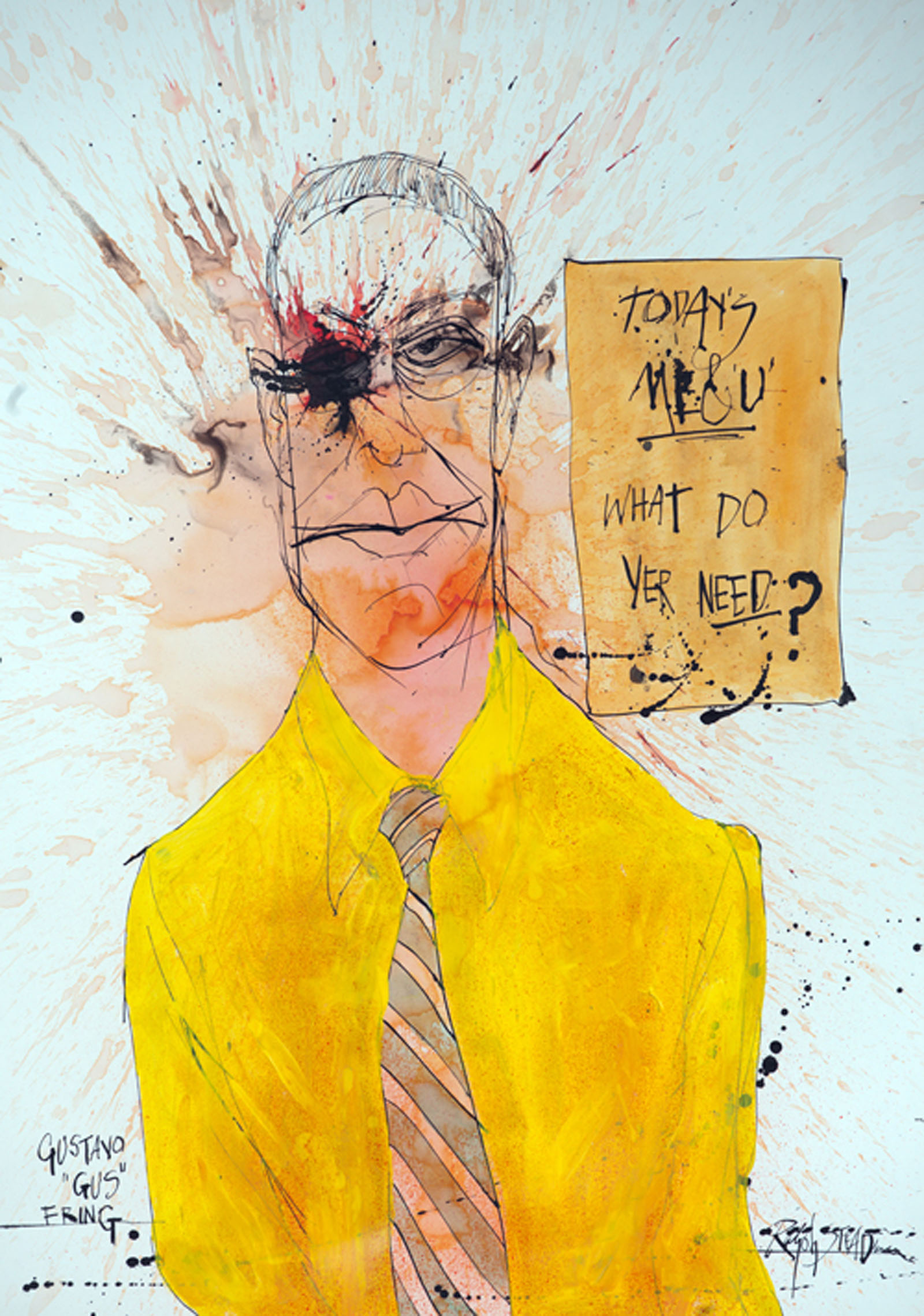