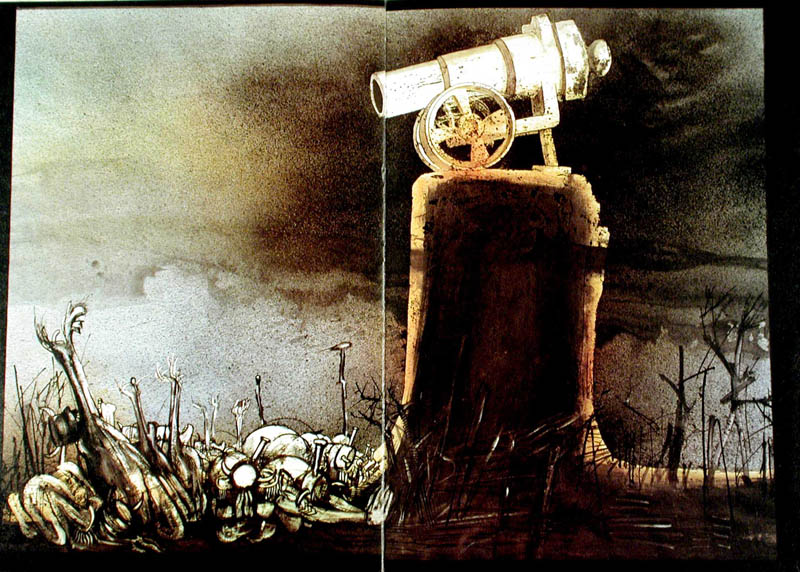 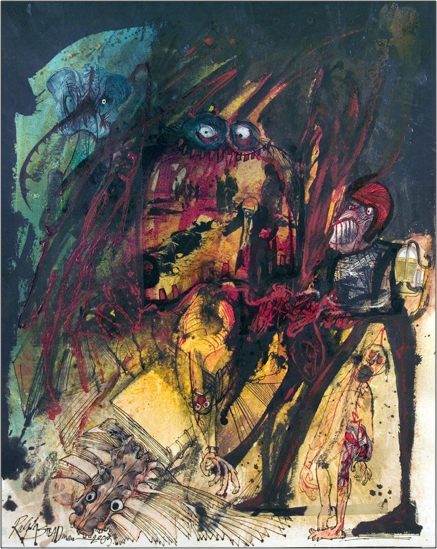 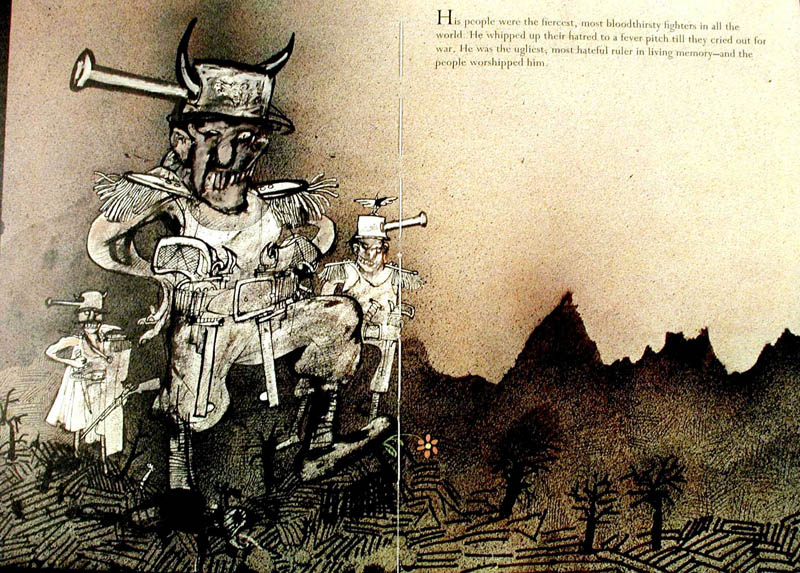 Many moons ago in a tiny mountain village in the South of France, two friends sat together, warmed by a drink and the heat of a fire, weaving dreams and spinning stories into the night.

From their talk was born The CherryWood Cannon. It is a fable of war and peace, the story of a people so transformed and disfigured by hate that at one point Steadman actually considered drawing masks on the to hide their ugliness. The idea was disgarded when he came to draw the enemy and found that he could not - the enemy didn't exist. The only enemy in the story was the people's hatred and fear, and this had to be shown to the fullest.

Based on an idea by Dimitri Sidjanski and transformed into a dark and twisted tale of hatred and self destruction, this is no fairy story but rather a warning that we could all do with heeding in our increasingly divided world.

Director, Charlie Paul, used the story to create a short animated feature as part of the introduction to For No Good Reason, his biopic of Ralph Steadman 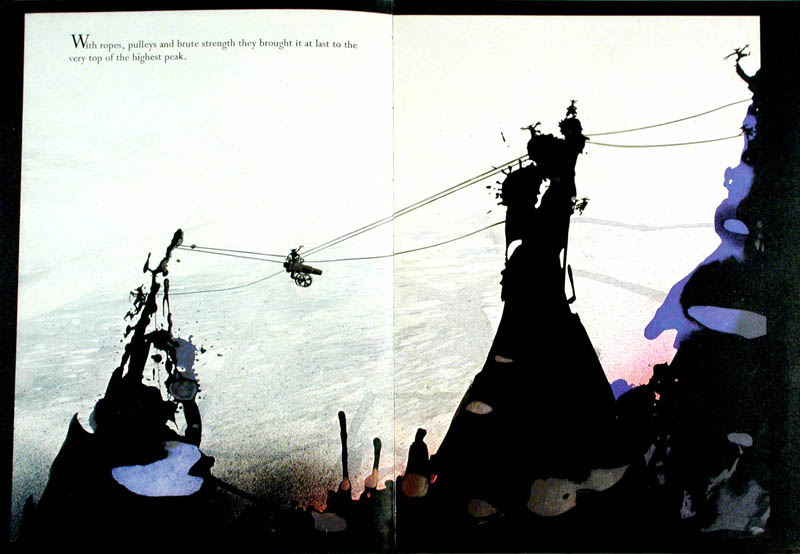