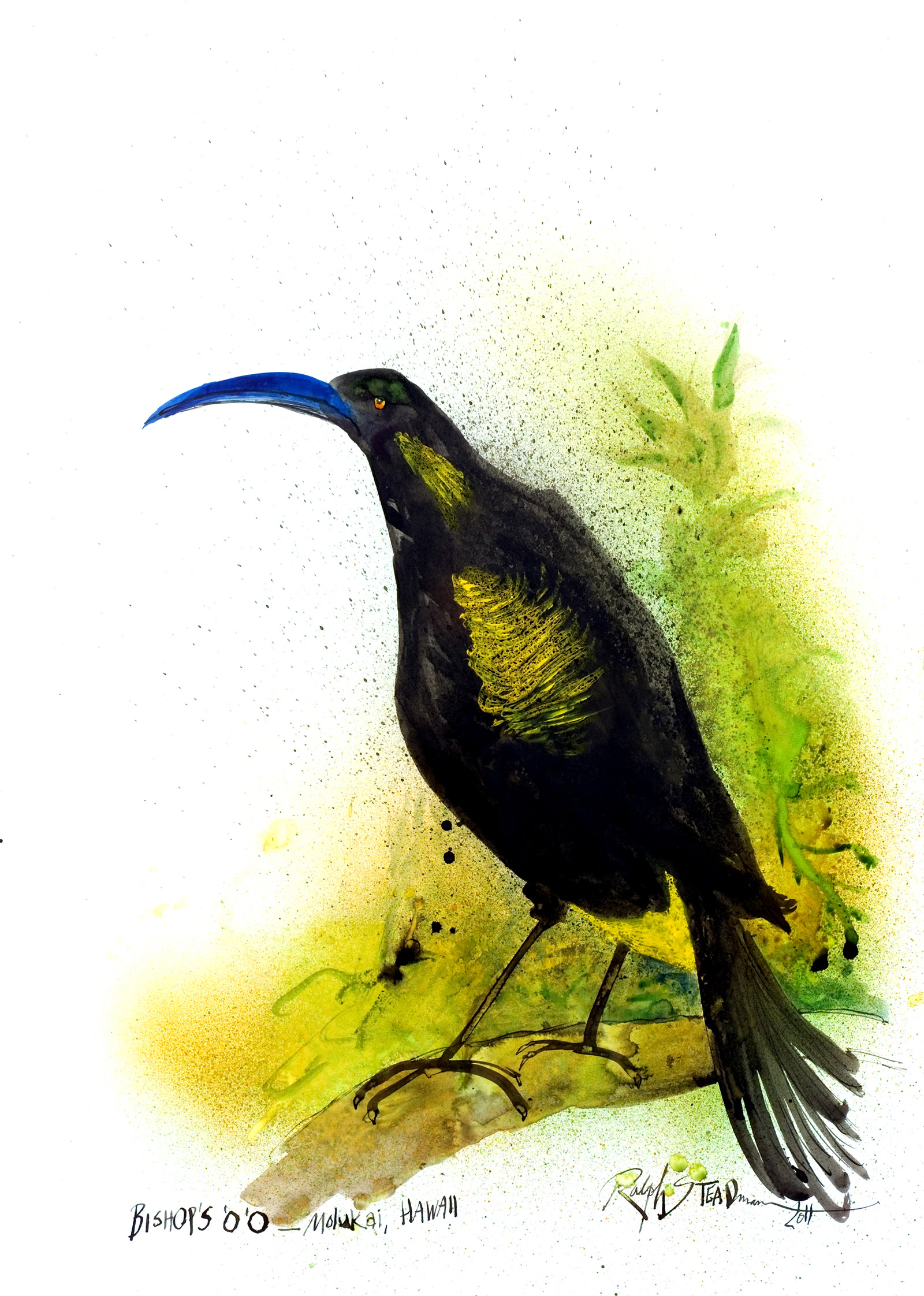 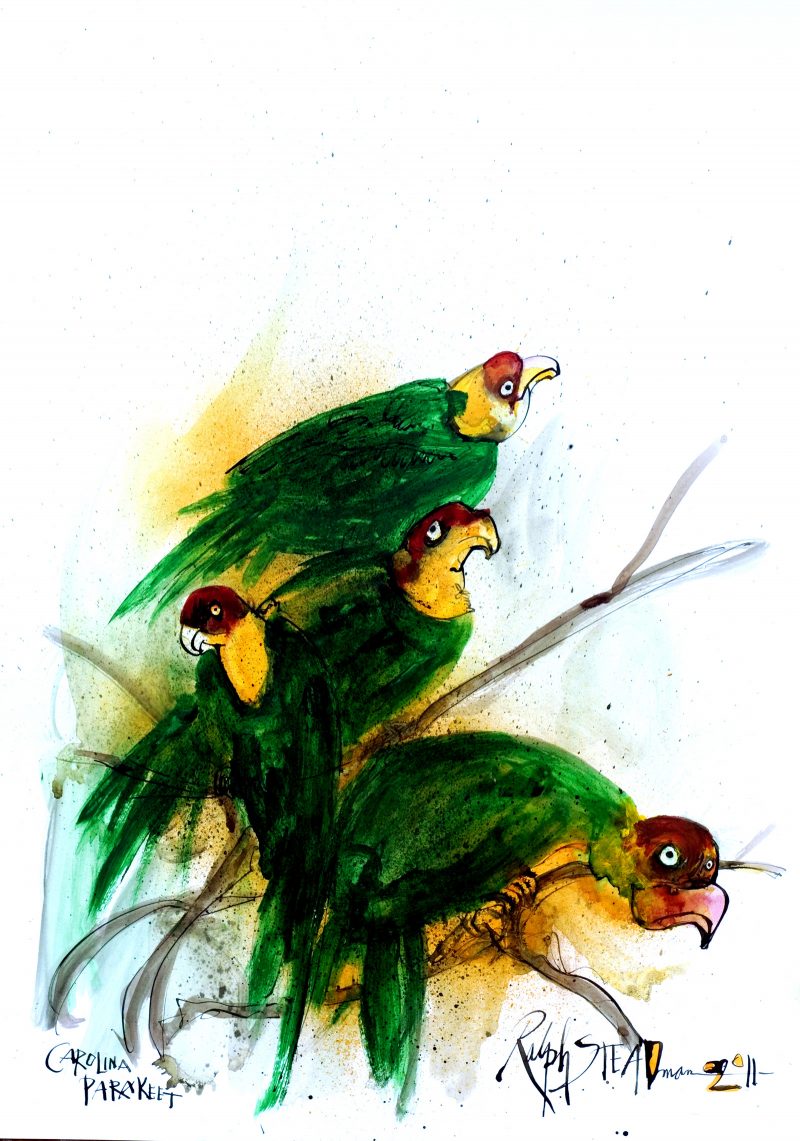 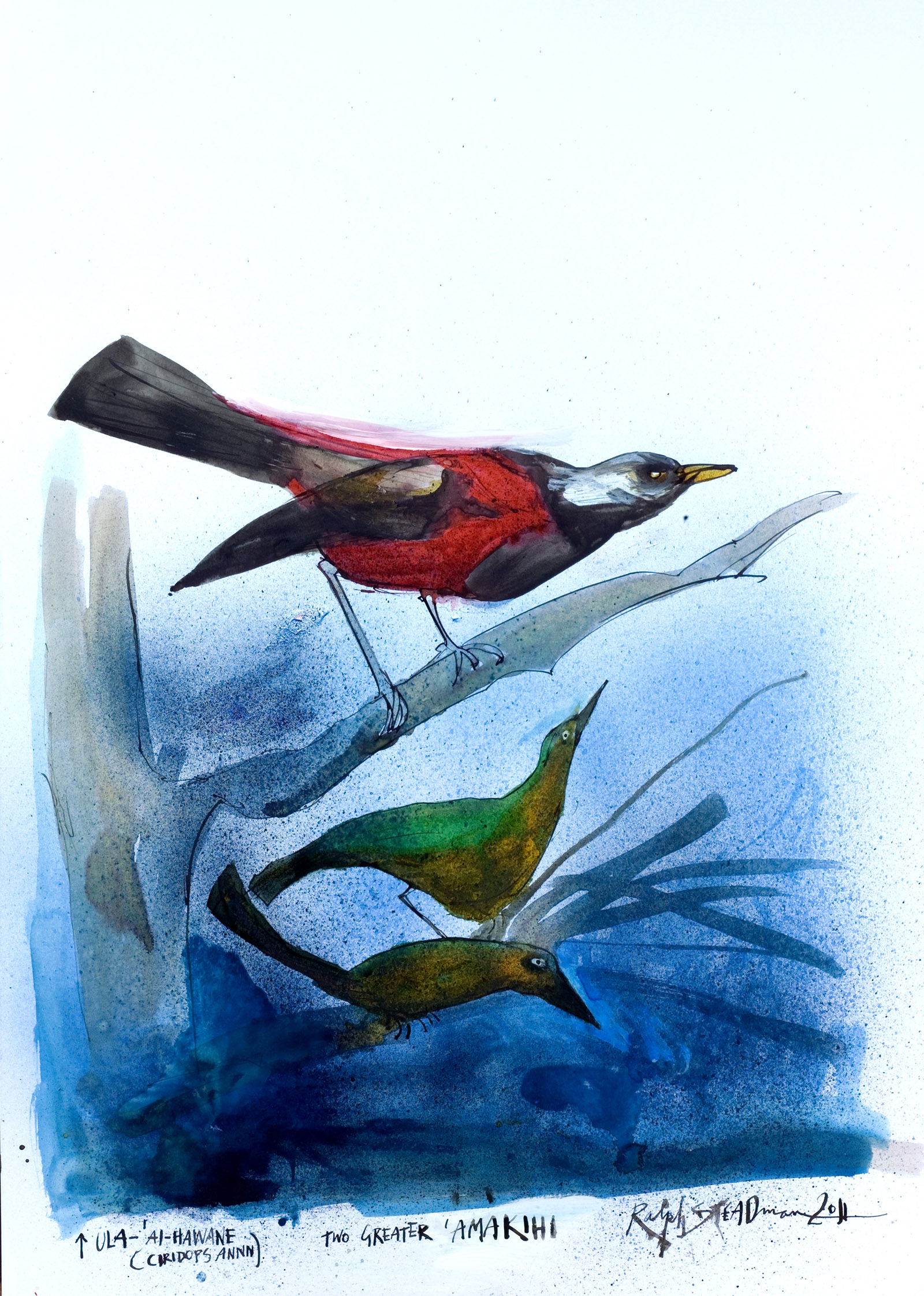 Conservation Amongst our Feathered Friends

Learn more about how to help birdlife in your own backyard and across the globe.

Ralph got carried away by the birds, taking Ceri with him ... this book details the discoveries they made on their travels through the savage seas of extinction. After stumbling on the previously hidden Toadstool Island,
where the extinct birds of the world live on in secretive harmony, the duo spent nearly a year in close proximity
to a host of fantastical avian creatures.

Ralph documents them all in this series of remarkable paintings, featuring unique interpretations of well-known
birds such as the Great Auk, Passenger Pigeon and Dodo, along with less familiar members of the feathersome firmament - Snail-eating Coua, for example, or the Red-moustached Fruit Dove - and a variety of bizarre beasts including the Gob Swallow, the Long-legged Shortwing and the Needless Smut. All are captured in a riot of expression and colour, with a slice of trademark Steadman humour.

Based on emails, diary entries and phone conversations, Ceri's accompanying text provides a running commentary, detailing the unfolding madness behind the creation of each piece in Ralph's extraordinary work. Things got tough as the pair discovered just how many amazing birds have been lost from our world forever.

"But," as Ralph said "it did, after all, make a nice change from drawing politicians". 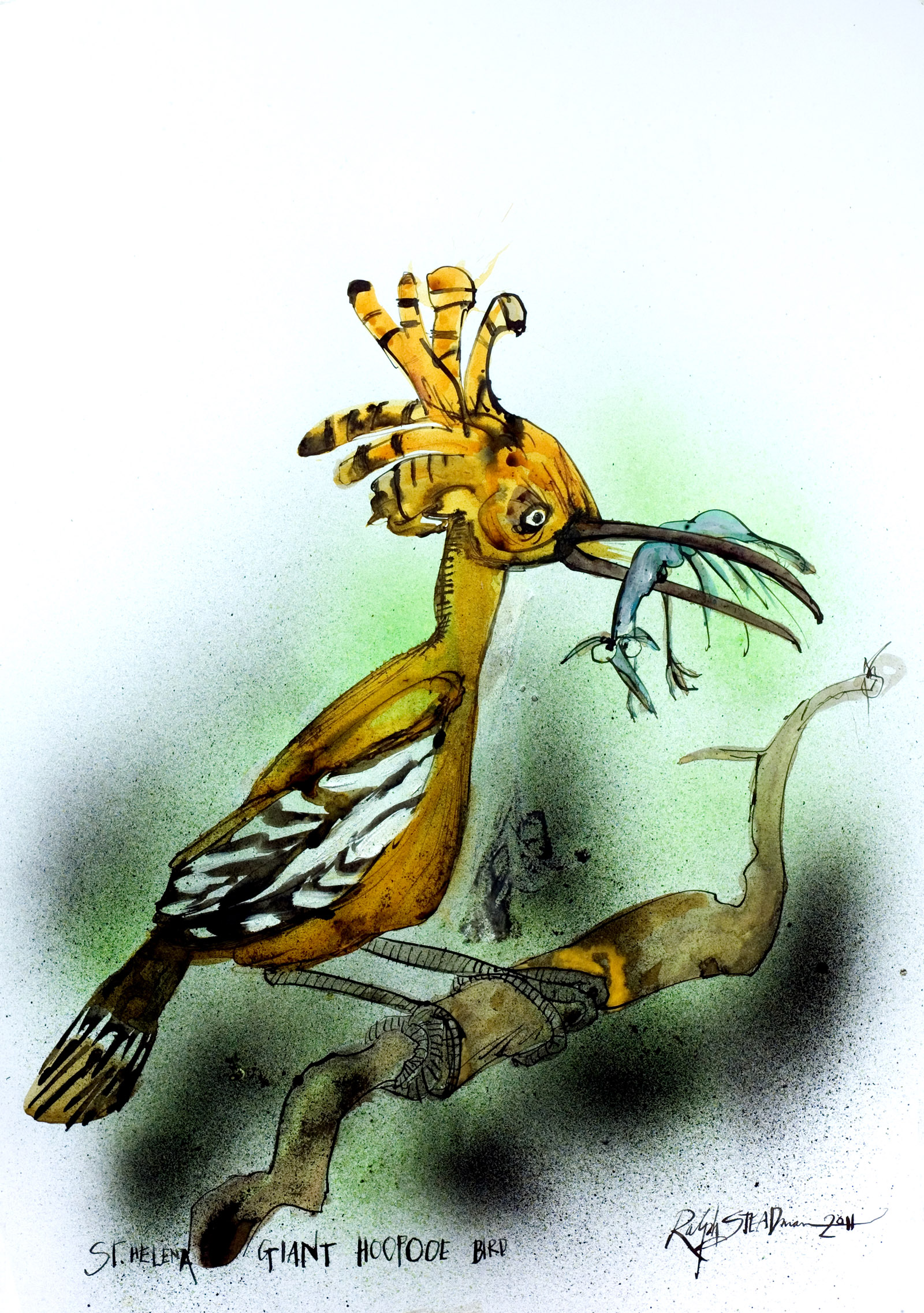 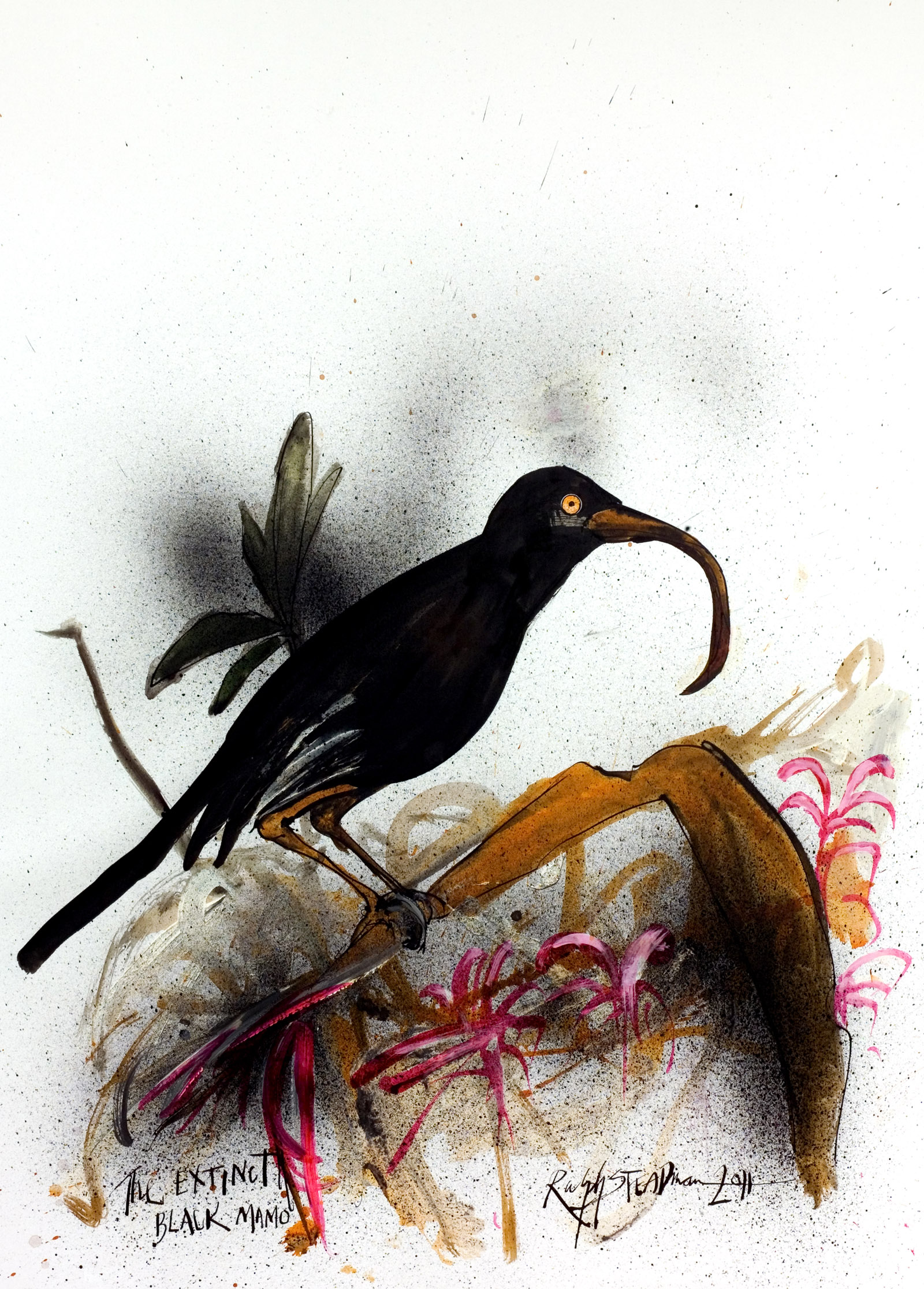