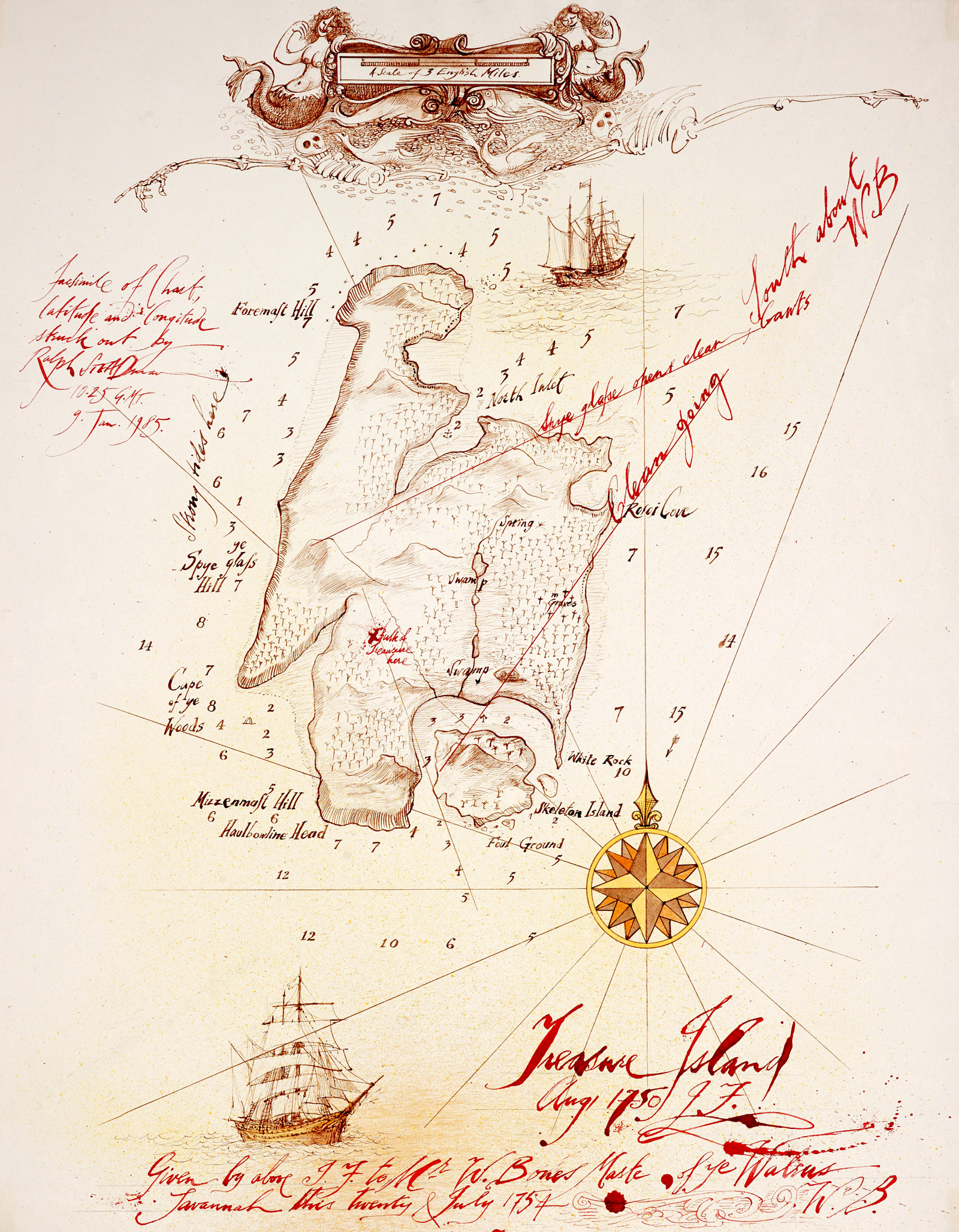 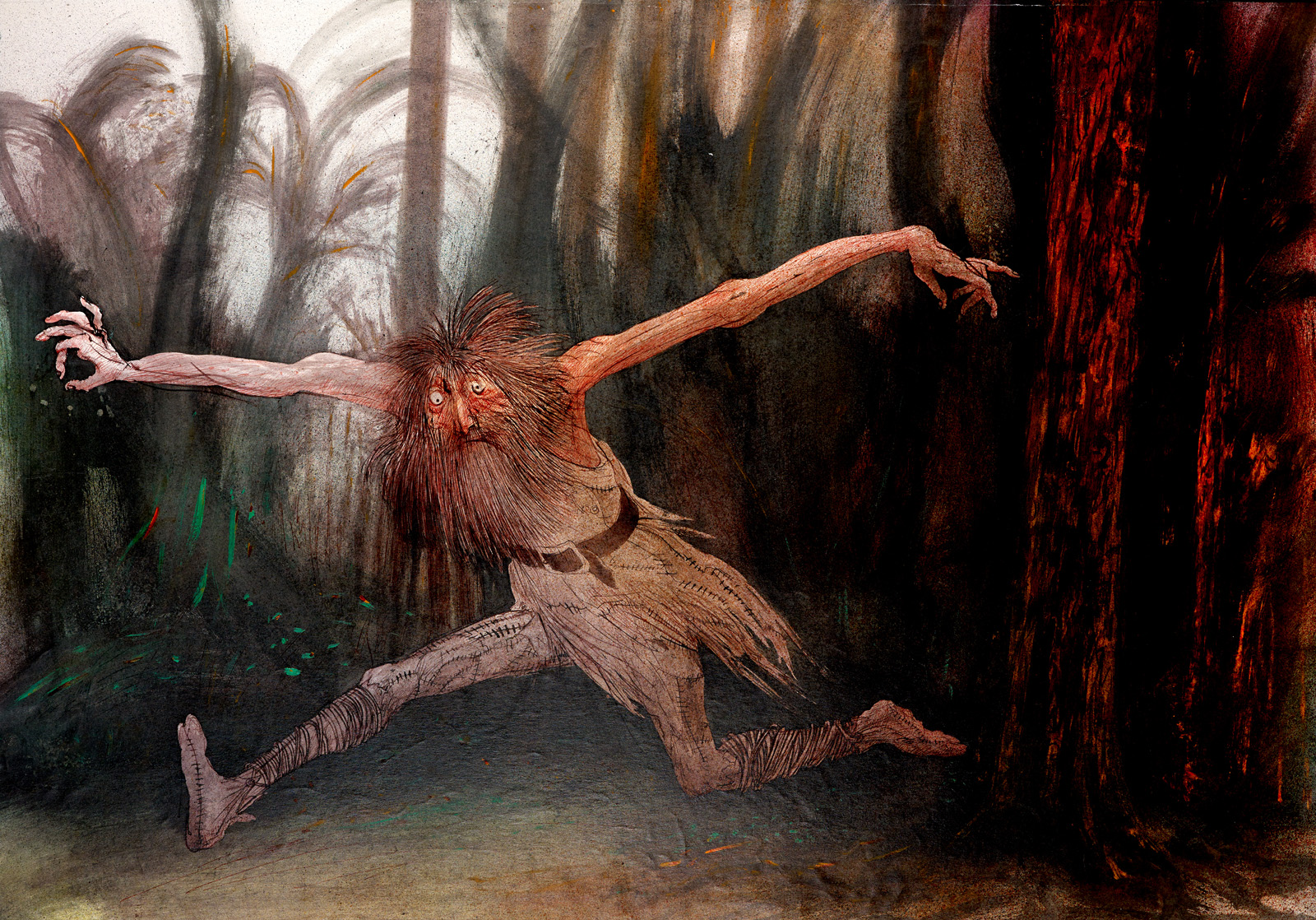 Treasure Island was written initially by Robert Louis Stevenson for his stepson and was originally entitled "The Sea-Cook." Following a magazine serialisation it was published in book form in 1883 and was an immediate success, never having been out of print since.

Treasure Island has attracted illustrators from many countries, Ralph Steadman writing in his introduction: "Everybody, including the respected Squire Trelawny and Doctor Livesey, is smitten blind with a festering desire for gold. There are no paragons in this story. There is no place for respectability on a creaking wooden ship manned by gentlemen of fortune, hell bent on getting rich quick on a blood-soaked hoard placing them only once removed from the villainous scum who accumulated this wealth on a God-forsaken island in the first place. In fact, the pirates who put it there deserve our respect more than this crowd could generate in a dozen stories."

This version was published in 1985 by Harrap Limited 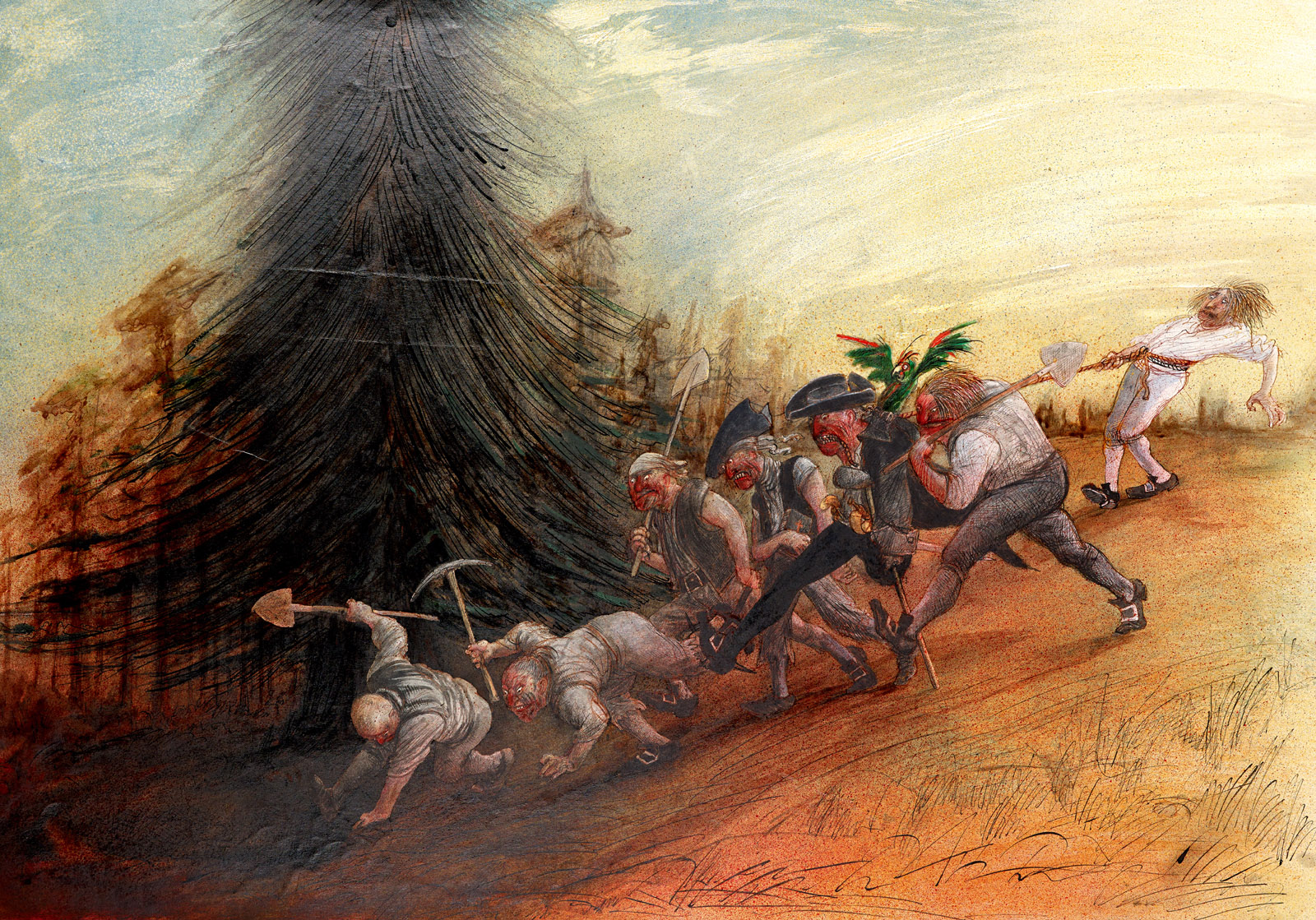