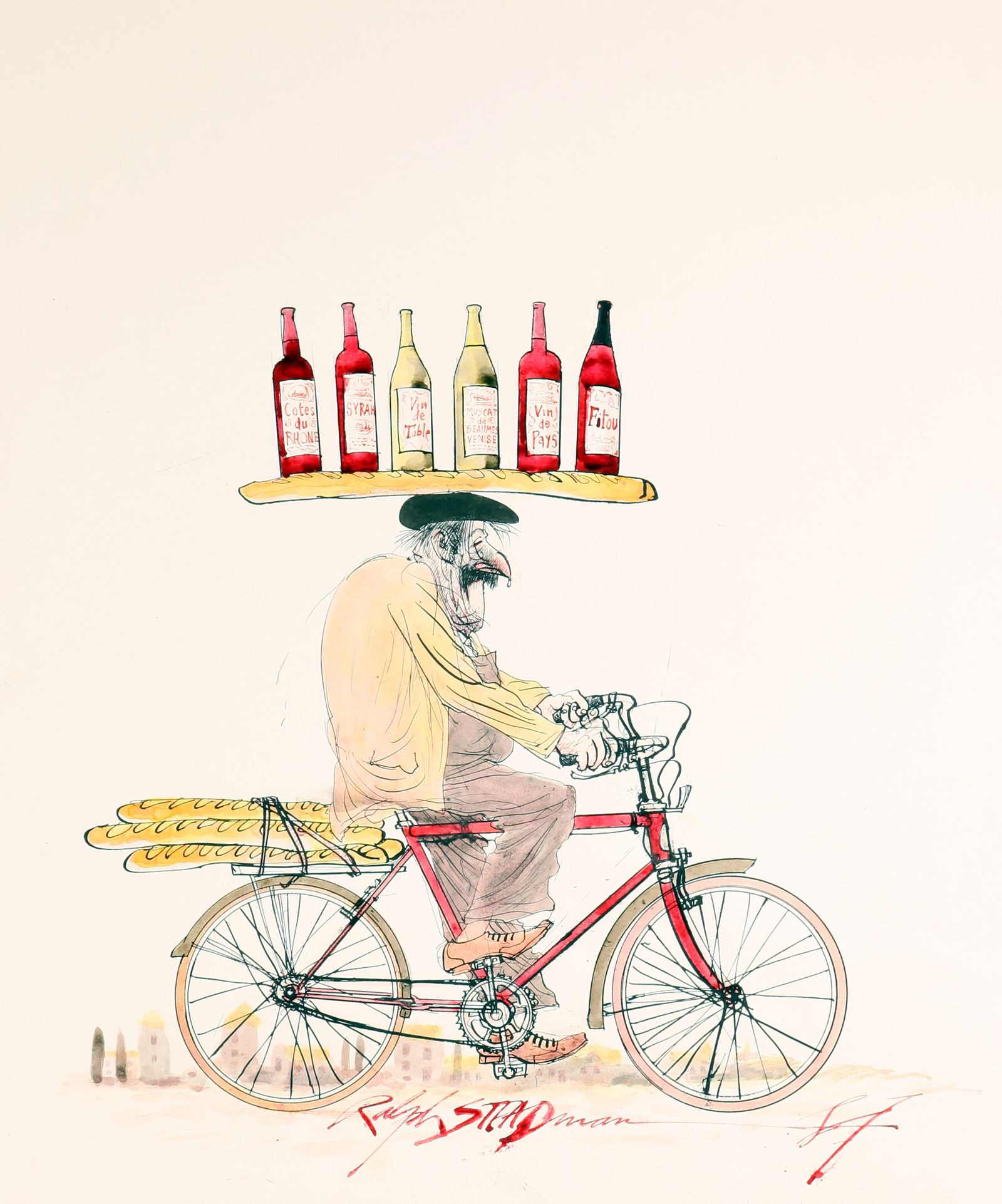 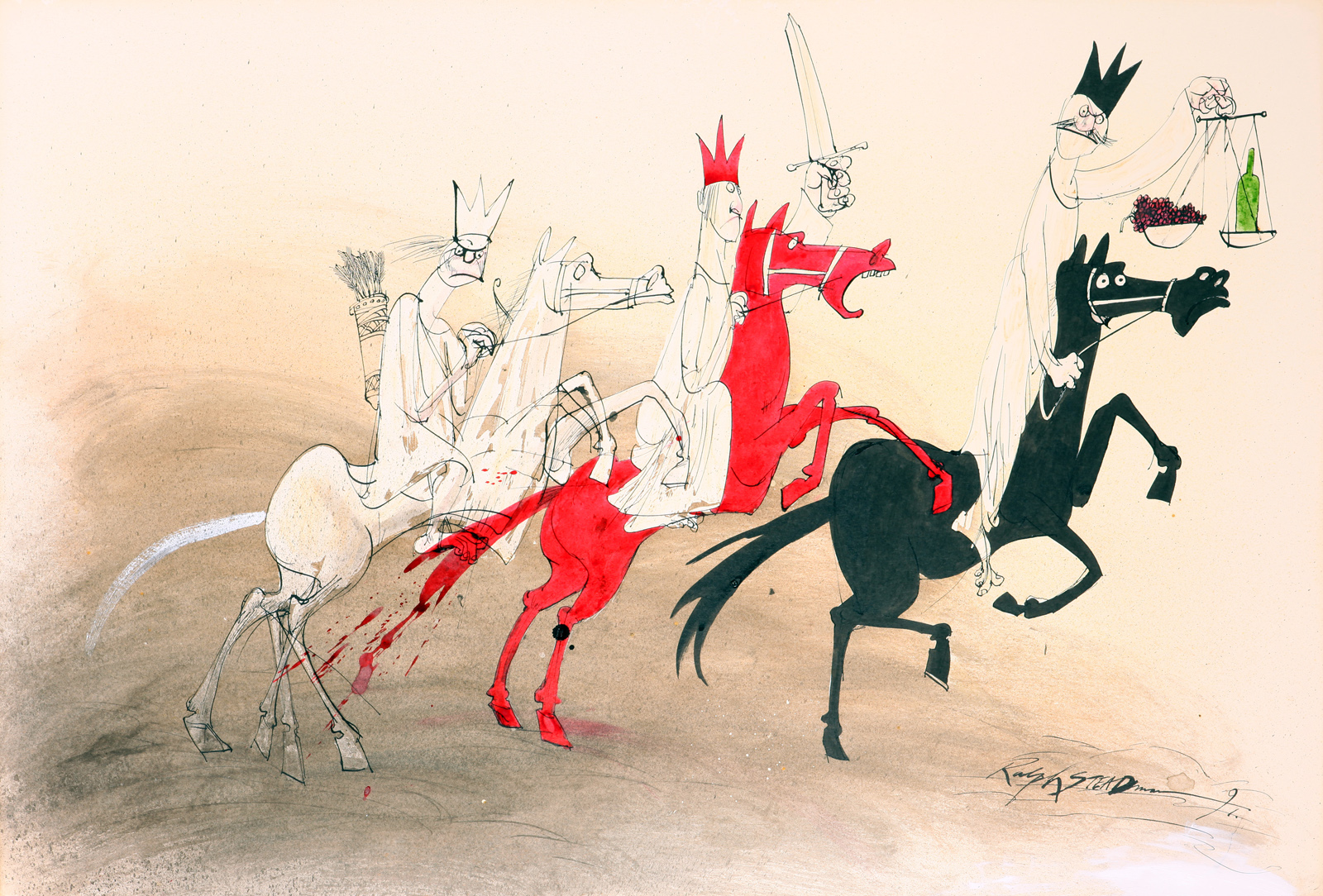 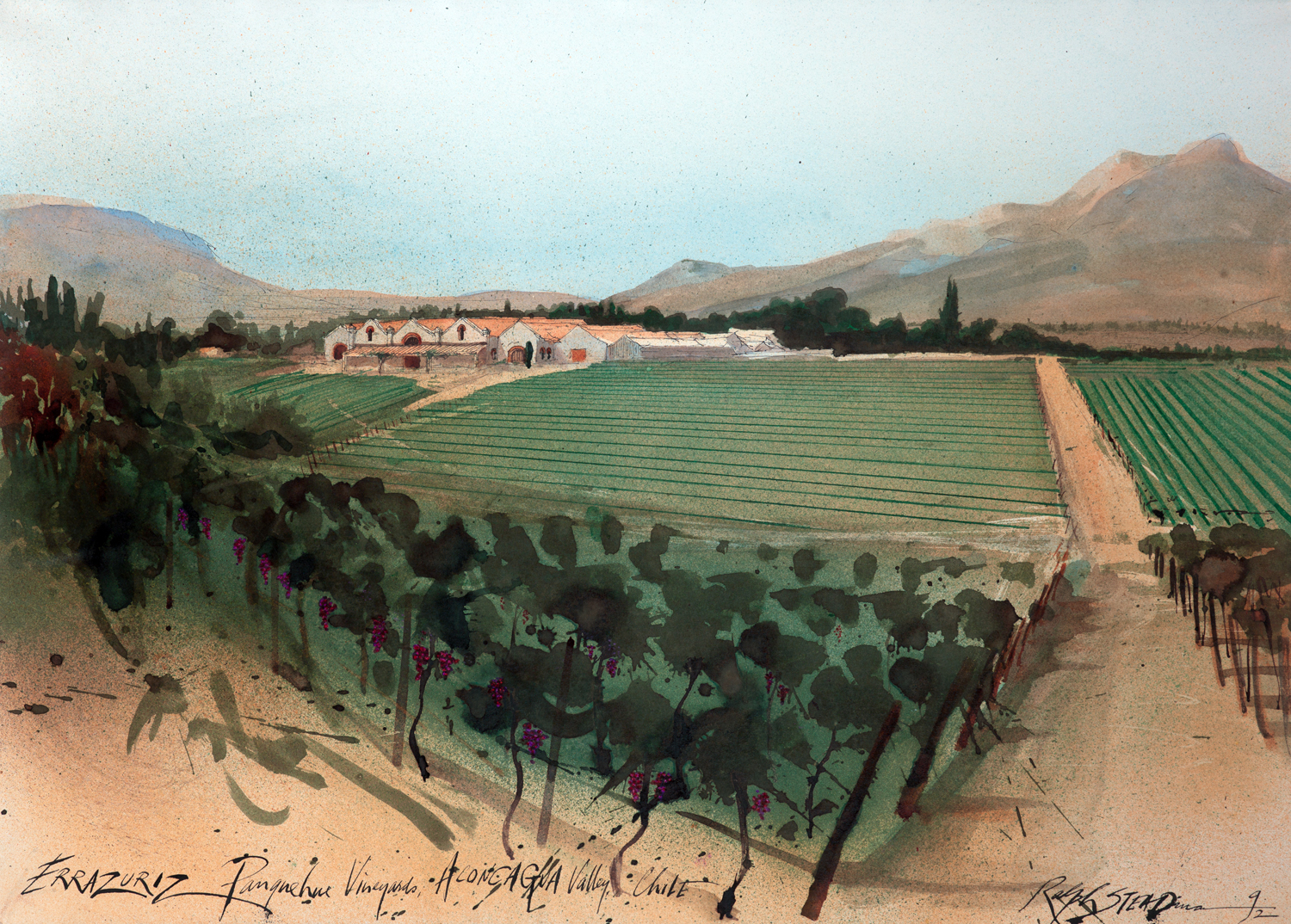 Oddbins approached Steadman in the early 1980's to create 10 original artworks using wine and its makers as inspiration for their quarterly catalogue. The request lead to a 12 year working partnership during which time Ralph and his wife, Anna, travelled across the globe, meeting wine-makers whose characters so often leaked into their creative concoctions.

Ralph met vignerons in some of the most prestigious vineyards in the world in countries like France, Italy and Spain, as well as seeking out the mavericks and new kids on the block in the USA and Australia. From industrial sized plants to small independent growers he wove between huge steel vats and one-off vintages to capture the taste, smell, traditions and characters he encountered in his journeys.

Eventually his drawings would feature in 2 books, The Grapes of Ralph and Untrodden Grapes. Both are out of print but click on the linked text to find copies. 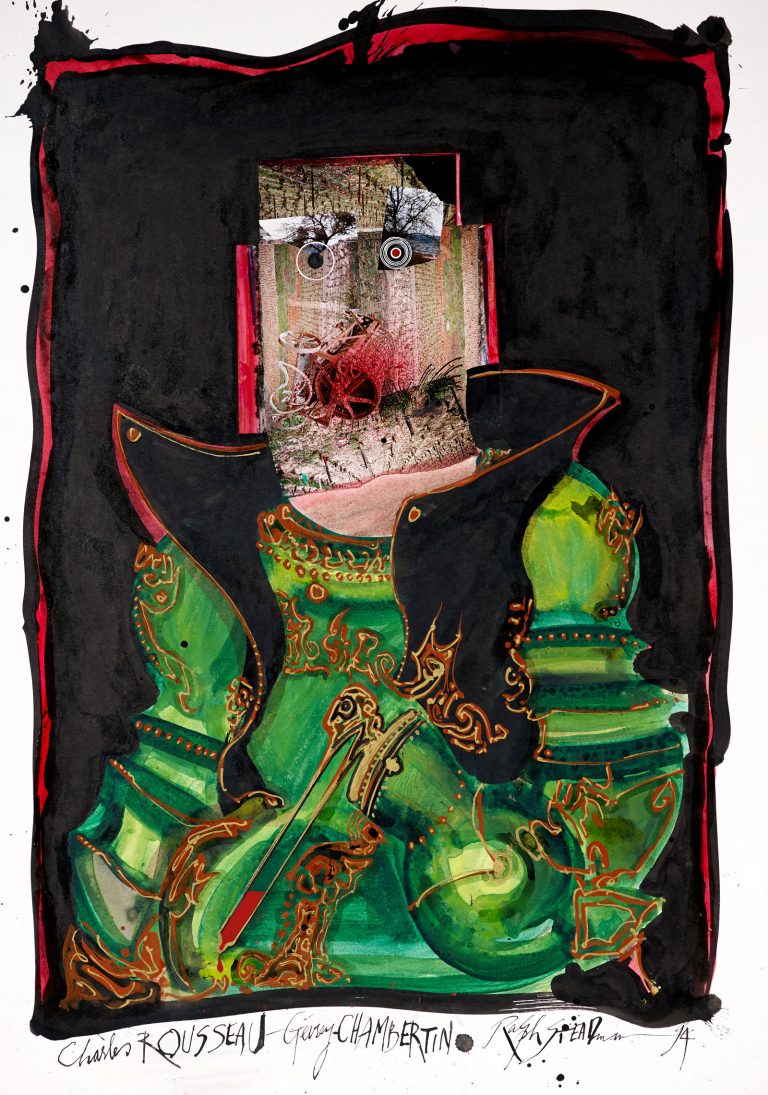