Last week was a momentous one for Ralph Steadman as he returned to Churchill Downs for the first time in 49 years. In 1970 during his first trip to the United States he travelled from New York to Louisville to cover the Kentucky Derby for Scanlan’s Magazine. It would be his first ever meeting with Hunter S Thompson, “an ex-Hell’s Angel who had just shaved head”. That first encounter when Hunter described Steadman as “a matted hair geek with string warts” would change both men’s lives as well as spawn the birth of Gonzo Journalism – a more subjective form of journalism where the writer becomes the center of their story. 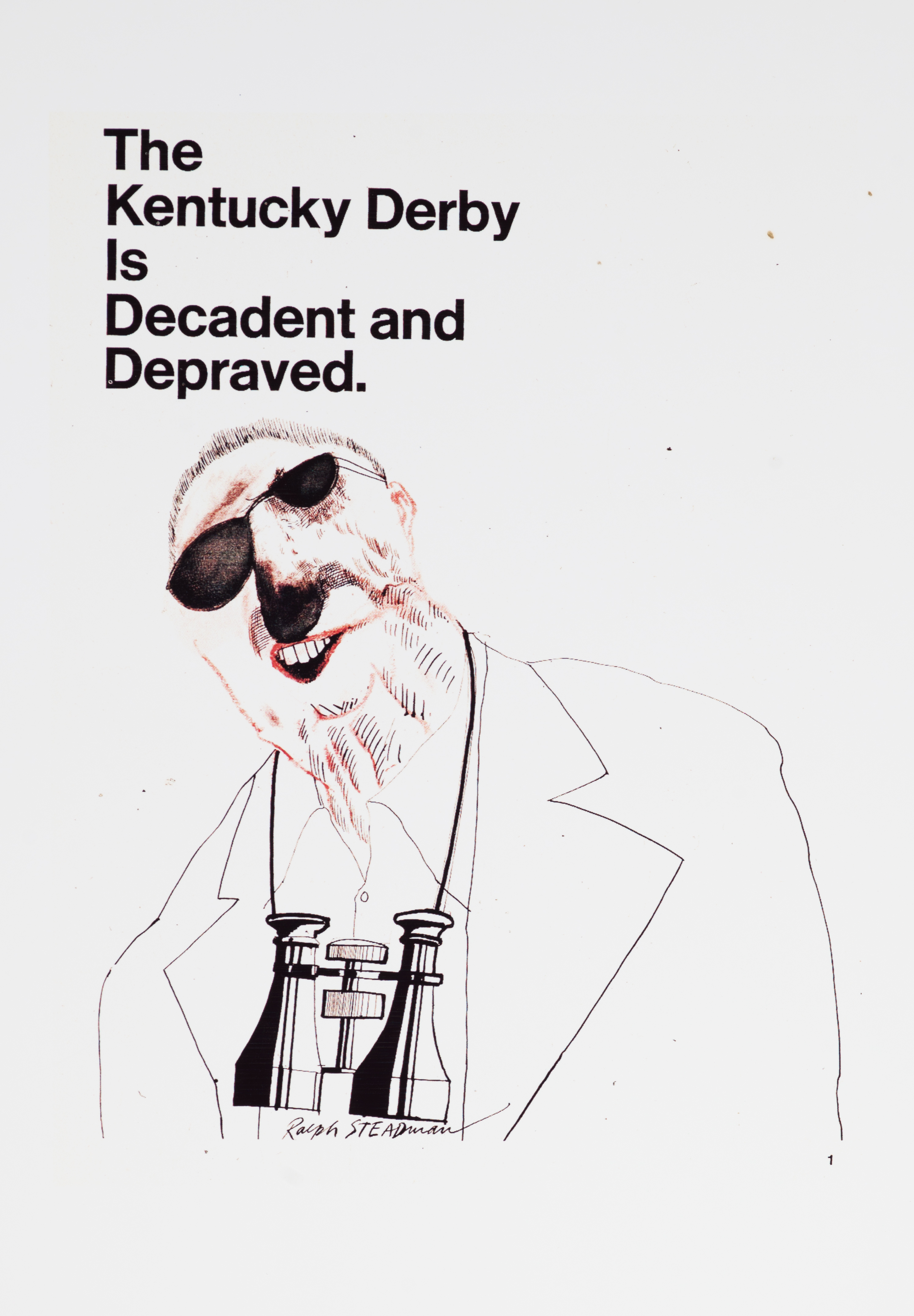 Received initially with great consternation and disapproval as Hunter boldly proclaimed “the Kentucky Derby is decadent and depraved” and Steadman turned his steely pen and Minox Camera on not the horses but the indulgent, preening crowds, 49 years later he was welcomed back like a conquering hero as Thurby 2019 went totally Gonzo. Ralph sang to the crowds from the Derby stage, signed commemorative posters for hundreds of adoring fans queuing in the burning sun and was treated to private boxes, hospitality lounges and his own personal Derby hosts along with family and friends.

Churchill Downs commissioned a brand new artwork which they featured on the cover of the Churchill Downs magazine. Ralph actually produced 3 created using his Dirty Water Technique whereby he pours the dirty water from his brushes pot onto sheets of A1 Snowdon paper and allows it to dry for 3 days when he searches for the image in the blot. The artworks are currently on display in the upper gallery at the Kentucky Derby Museum. 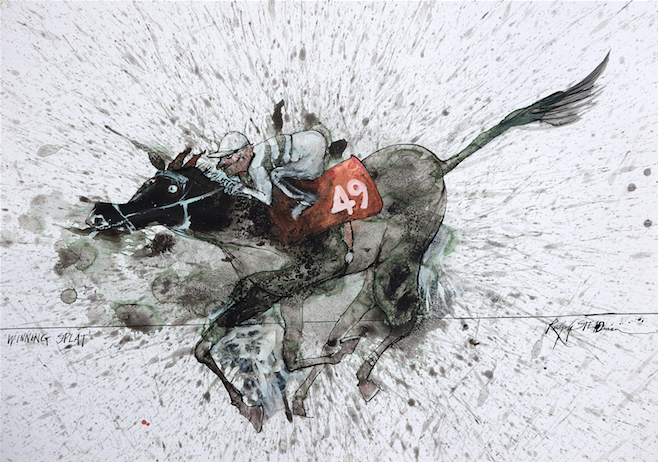 The artwork, The Winning Splat is available at Churchill Downs as a commemorative print. It turned out that it was a very Gonzo Derby with torrential rain and a huge upset in the crowning race, dubbed the most exciting 2 minutes in horse racing, as the horse first past the post, Maximum Security, was disqualifued due to illegally crossing into another’s path. The eventual winner, Country House, was a long shot at 65-1 and caused a furore for bookies and fans who had discarded their tickets thinking that their horse had come in second!